Too much to write 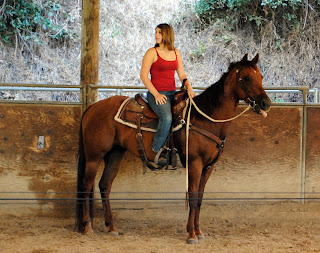 Looking at my July numbers, I see I've fallen off the blogging a bit. It's not that I don't have anything to say, I just have to find the time to get it all written!

Slide was awesome and we got a lot accomplished, though it was definitely weird not riding this time. We slept well, but not as well as we have in the past after riding hard all day.

On the plus side, we got to see some great horses in training, spend time with Ike and Cheri, and watch Katie and Sammy learn to cut a little bit. We also have a focus for their business and can now tweak the website to match that. Cheri says the changes we have already done have helped a lot--very good news. 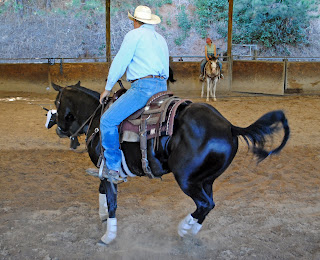 Katie loves the responsibility she has at Slide, and Sammy looked as soft and relaxed as we've ever seen her. She was also alert and interested in what she was doing and had started to really collect herself and look much more balanced. 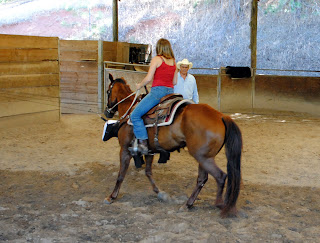 We got to see some of our other favorite horses, like Lena's oldest brother Eclipse. He is the first foal out of Buttercup, their foundation mare, and Lena was the last. He is 27, though it was a little hard to tell his age as he bounced next to me snorting and blowing down the driveway after his bath. Steve's comment was that he was going to be 80 and have Lena doing the same thing someday. He is probably right. 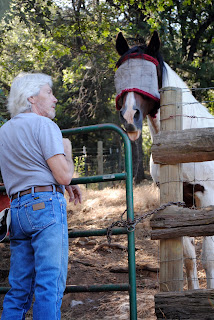 We are planning a trip up in October or so with Bar and Lena. I'm almost afraid they will love it up there so much that getting them back in the trailer to go home could prove problematic. And after Bar gets a chance to work in the super shock-absorbing cedar footing up in the outdoor arena, he'll never want to go back to plain old dirt or sand.

Running away to the mountains with the horses is awfully tempting some days.
Posted by Jessica Boyd at 8:39 PM

I couldn't agree more. So much to write about, zero time.