The many faces of Lena 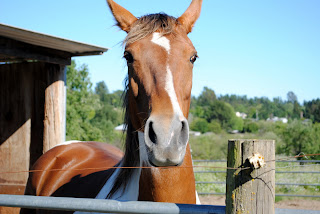 Lena is a very expressive--some might say dramatic--mare. She does not hide her emotions well, though she does tend to over-react nine times out of ten--usually just to have something to do.

Today we surprised both horses by driving the truck (one of the trucks, that is) right up to their paddocks to unload a sheet of plywood. (Lena is also a kicker which necessitates replacing the plywood on her shelter periodically.) "Well!" they seemed to say, "They've never done this before! How odd!" 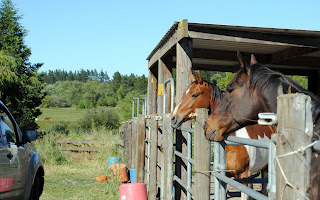 Lena watched carefully as Steve began to unload the plywood, predictably taking a step back as he slid it off the top of the truck. Bar was unimpressed and turned his butt to the whole process. Aren't ex-racehorses supposed to be more worried about things? And wait, shouldn't he have the stable vices? 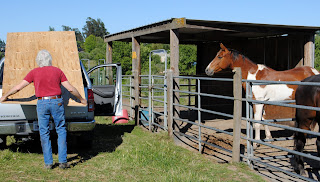 She has many expressions, this mare of ours. She is smart and playful and curious. She needs a lot of input and doesn't always get enough, though we're trying to be better. She is a beautiful horse, both still and in motion, and she is why I'm here today blogging about horses in general and Thoroughbreds more often than not.

Thanks, Lena Rey. You're one of a kind. 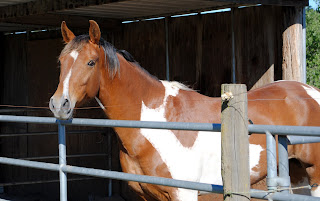 Ohhhwa~ That was very sweet...she is most beautiful..and -OF COURSE-
I do love a Thoroughbred always!
KK & Washashe TB mare~

She is a beautiful horse. I think that last picture is the best one I have seen of her.

I see that Bar continues to buck the stereotypes. Good on him.